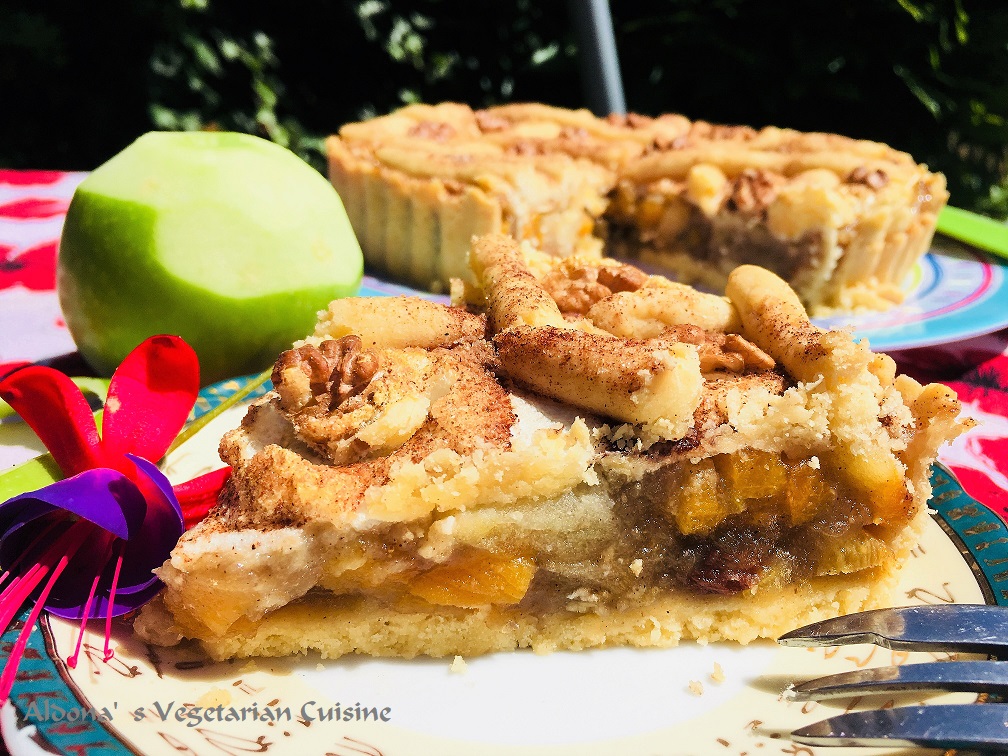 Peel the apples, cut into quarters and cut out the seed nests. Then divide into smaller pieces and put in a pot. Cover with xylitol, cinnamon and add water. Fry on low heat for 10-15 minutes, stirring occasionally.

Slice the apricots into thin strips, add raisins and put apples together. Fry another 5 – 10 minutes until all the juice evaporates.

In the meantime, when the apples are fried, knead the dough with the ingredients given in the recipe. Leave egg whites for later. Put on the fridge for 0.5h. After this time, select and 1/3 of the dough to be cut and leave on top. With the remaining dough, put the form into the tarts and prick with a fork. Put in a preheated oven and bake at 180 ° C for 20min. After this time, remove and put on the top mass of apples. 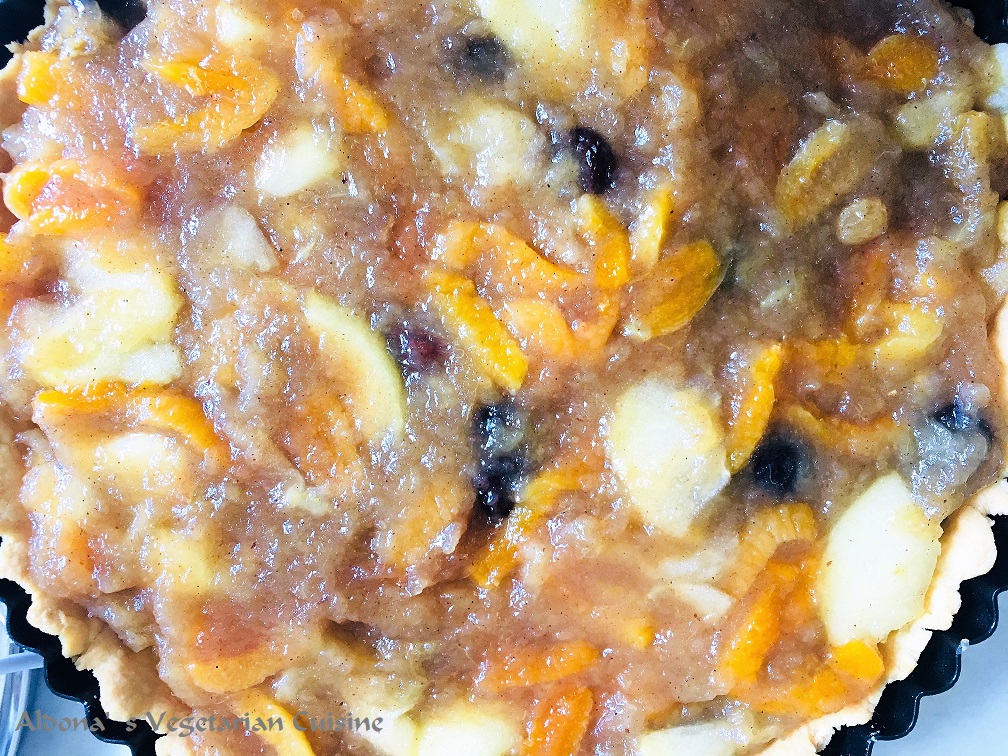 Whip the egg whites and smear the top of the tarts. Roll the dough out of the remaining dough and place it on the top. In each box give a piece of walnut. Sprinkle with sugar and cinnamon. Add the prepared tart again to the oven and bake for 25-30 minutes at the same temperature. After baking, leave to cool.